These problems are often symptoms of a hard disk problem in Firmware. Of course for a valid diagnosis of the disc, this can be established only after verification of specialized diagnostic tools.

What is the firmware of the hard disk?

The hard disk firmware could be described as the “operating system” of the hard disk. It is the code that directs the operation of various electronic and mechanical parts of the disk. Without a properly operating firmware hard drives can not perform any read or write operation.

Why does the Firmware on the hard disk break down ?

The firmware is in most hard disk drive, written in both the platters (surface data) of hard disk and on the board of the disk in a particular chip. So either an electronic problem on the board, or some bad sectors on the disk surface can “break” the readability of the code and render useless a hard disk.

The firmware restoration of the disk is a specialized work done by the use of specialized tools available by data recovery companies. Using these machines, specialized operations and the use of suitable unique combination of firmware of other healthy disks one may gradually restore the function of a damaged disk problem in firmware. The rehabilitation of the problematic firmware can take from several minutes to several days, or because of the criticality of the parts of code that broke,may can not repair the disk. Usually the disks that have firmware problems are repaired and are not destroyed by the process of data recovery, which applies to problems of mechanical nature.

In which drives we have the most Firmware problems ?

Very often seems to have  Firmware problems disks like Seagate and Western Digital. The series of disks Seagate Barracuda 7200.11 presented many problems, especially the series of 500GB and 1TB.

The problem with hard disk drive Barracuda 7200.11  that is not recognized starts by an error that occurs in the firmware and can proceed in serious problems. For this reason we can not know from the begining the time needed and the cost of such an event.

In addition in Western Digital drives we can find many firmware corruptions, and some are non-repairable. In Tictac we treat all firmware problems and have the latest equipment from different companies to provide you with solutions. 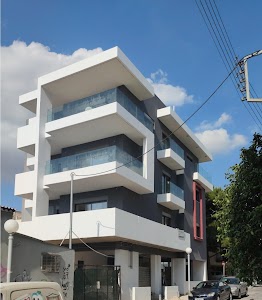 This website uses cookies to improve your experience while you navigate through the website. Out of these, the cookies that are categorized as necessary are stored on your browser as they are essential for the working of basic functionalities of the website. We also use third-party cookies that help us analyze and understand how you use this website. These cookies will be stored in your browser only with your consent. You also have the option to opt-out of these cookies. But opting out of some of these cookies may affect your browsing experience.
Necessary Always Enabled
Necessary cookies are absolutely essential for the website to function properly. This category only includes cookies that ensures basic functionalities and security features of the website. These cookies do not store any personal information.
Non-necessary
Any cookies that may not be particularly necessary for the website to function and is used specifically to collect user personal data via analytics, ads, other embedded contents are termed as non-necessary cookies. It is mandatory to procure user consent prior to running these cookies on your website.
SAVE & ACCEPT
Call Now Button